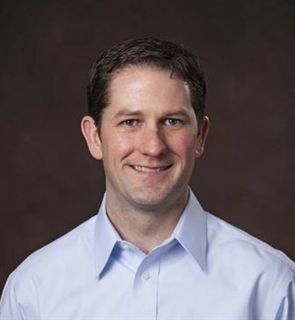 Mark Erwin joined St. John's faculty as the Director of the Cadet Corps Leadership Program in 2019. Prior to joining us, he was employed at the Department of Veterans Affairs in Washington, DC, where he worked to enhance the transition process for soldiers and their families as they left active duty. Prior to that position, Erwin worked as a special assistant to the secretary of Veterans Affairs and as a program examiner at the White House's Office of Management and Budget (OMB).

Before joining the federal government as a presidential management fellow in 2012, Erwin served on active duty as an Army officer for six years. He led a scout platoon of 34 soldiers in Baghdad and conducted more than 100 combat patrols in support of Operation Iraqi Freedom, earning the Bronze Star Medal and Combat Action Badge during a 15-month deployment. Erwin also served as an operations officer in Fort Hood, TX, Fort Polk, LA, and Salt Lake City, UT, where he managed staff functions for a 600-soldier battalion.
A central New York native, Mark graduated from Christian Brothers Academy in 2001 before attending West Point, where he played collegiate golf and received his commission in 2005. He holds a master’s degree in public administration from the Maxwell School of Citizenship and Public Affairs at Syracuse University.
Mark is a lieutenant colonel in the Army Reserve and an assistant professor in the Department of Behavioral Science and Leadership at West Point. He lives in Fairfax, VA, with his wife and children.